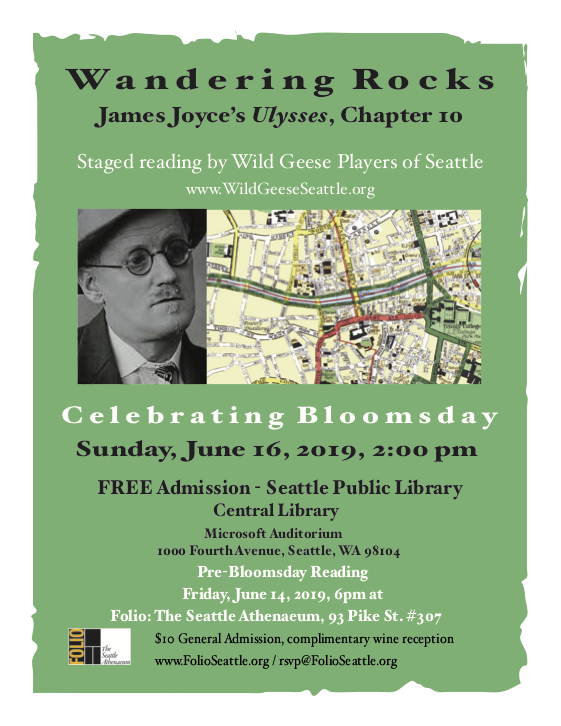 As part of Seattle’s Irish Week, the Wild Geese Players will be reading an hour-long selection of Irish literature from the likes of James Joyce, Flann O’Brien, W.B. Yeats, Roddy Doyle, Dervla Murphy, Samuel Beckett, Bram Stoker, and Seamus Heaney. Our reading is part of the weekend-long Irish Festival at the Seattle Center Armory. Join us in the Upper Level from 2–3pm on Sunday, March 17th, 2019.

Thanks to all the people who came out to the Couth Buzzard this afternoon to hear us read from Joyce, Yeats, Roddy Doyle, Dervla Murphy, Eavan Boland, and many more for our 20th anniversary reading.

Join our announcements list to be notified of our next reading. 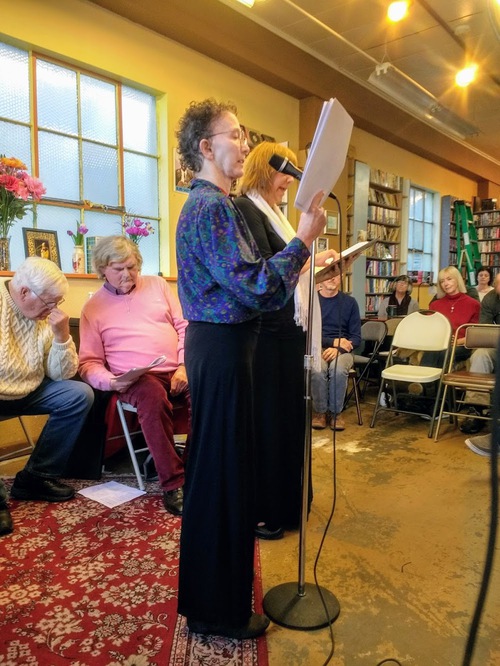 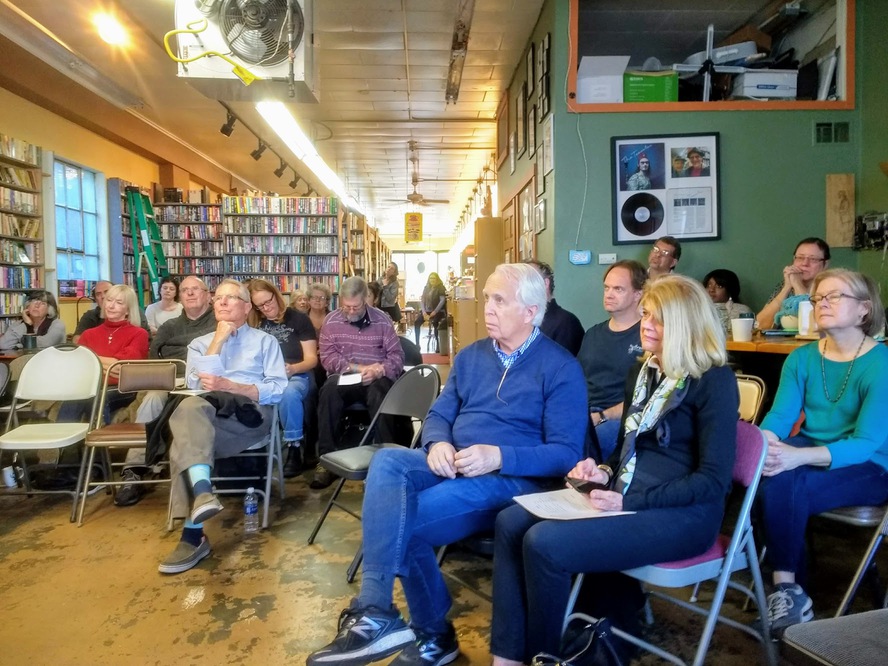 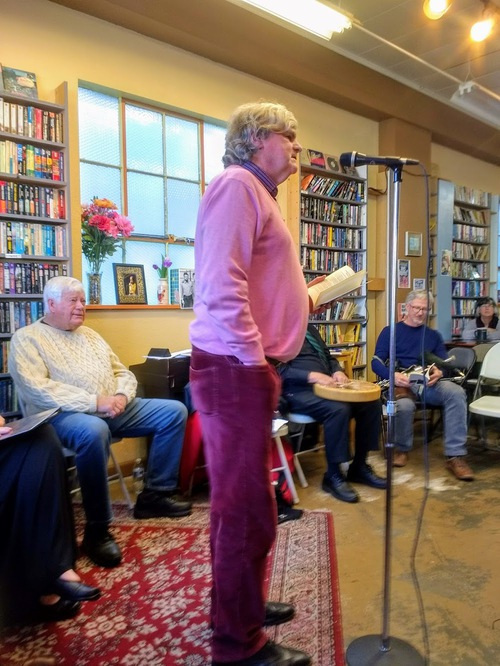 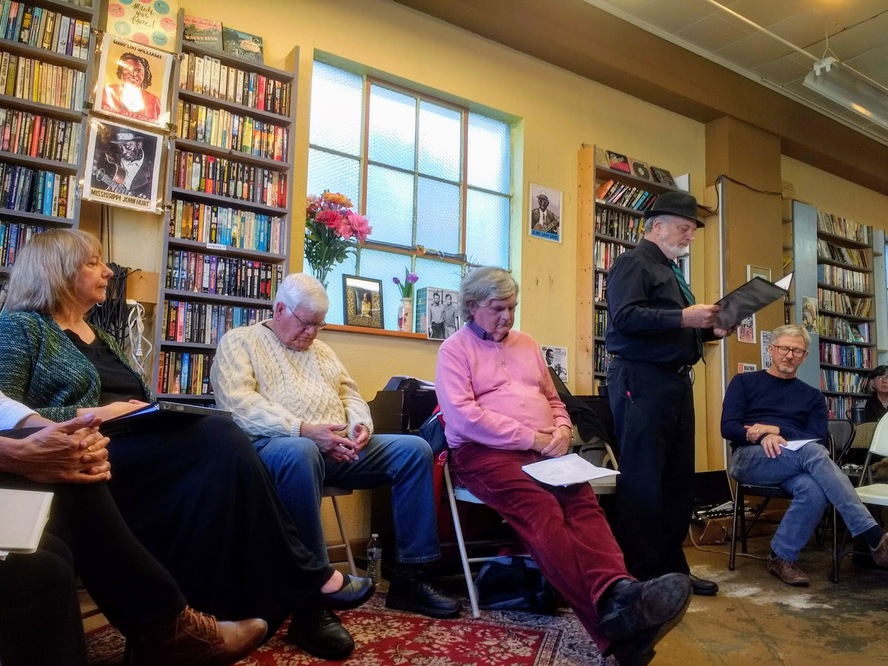