The Wild Geese Players of Seattle are a diverse group of people who share a common interest in Irish literature. Some of us were born in Ireland, some of us are of Irish descent, and some of us are honorary Irish!

Originally, the Flight of the Wild Geese referred to thousands of Irish soldiers who were exiled to France after the Treaty of Limerick in 1691. For generations, their descendants served in the Irish Brigades in the French army, fighting against England.

More generally, the term “Wild Geese” has become synonymous with the Irish diaspora.

Here are past and current members of the Players.

WD “Bill” Barnes is married to the former Maura Boyle of Belfast. A native of Seattle, he is a long-standing member of the Irish-American community. He has a Masters in English from Seattle University and has published poetry and appeared in other Irish theater productions in the past. He is also exactly one-half of the musical group, the “Emerald Bards”. Bill is retired. 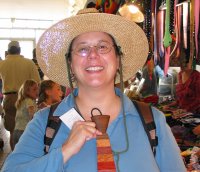 Emma Bartholomew has a degree in Comparative Literature from Scripps College. After a stint in the Air Force, she moved to Seattle in 1987. She has had a varied career and now works as a software tester. 2008 marks her fifth year with the Players. She is married to George Reilly.

Born Shaun Liam Kelly, Don Berg has been a member of the Wild Geese since 2001, though he missed 2003’s production while on active duty for the Global War on Terror. In real life he works at UW School of Nursing and is a Naval Reserve Officer. As a denizen of the local art scene, Don has appeared in local theater production and local and regional TV ad commercial productions.

Olivia Bermingham-McDonogh was born in Tuam, Co. Galway and came to the USA for graduate school at UCLA. Other than the required school plays, she has never performed in anything other than the annual Bloomsday reading of Ulysses. She is a Professor at the University of Washington; her research area is development and regeneration of the inner ear. She has now spent half her life in the US and wonders if she will ever find her way back home!

in seattle was a stage manager for the DAMN group, of local playwrights; putting on two productions a year, for 3 years. Have been involved with the Geese, for about 5 year? in production,front of house and small parts. I work as a caregiver,full time.

Helen Brew has performed with the Wild Geese Players since June 2000 (which was chapter 4). In her youth she was an avid reader and artist, though she fitted in bits of acting, stage writing, directing, theatre design and choral performance. Her paid work has included writing a book on compost, and doing neuroscience research (UW). She’s English, but has some Irish ancestry she tries to play up. She directed 2007’s reading. 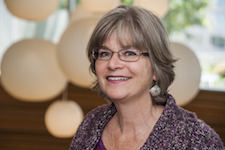 Ellen Coyle is an Irish artist living and working in Seattle. She attended the National College of Art and Design in Dublin, the Cooper Union in New York and completed the Scientific Illustration program at the University of Washington in 2004. She is currently working on several projects which explore the landscapes we live in, and the myths we create about them.

Maura Donegan has lived in Seattle for the last six years. This is her first reading, although she was involved with the original Wild Geese (Edmonton) assisting with costumes. Her interests include textiles and embroidery. Maura is from Ireland. She has three children whom she educated at home.

Iain Edgewater was raised on the fringes of Appalachia in Kentucky, and was first exposed to Joyce in boyhood, strangely, through science fiction. After years of reading Ulysses in bits and pieces, he finally read it straight through while living in Hanoi, Vietnam, in 1992—a very good time and place for the task. Like many trained in anthropology, he does not work as an anthropologist; instead, he is now one of the people involved with occasionally rebooting your computer in the middle of the night, if you happen to use a rather well-known operating system. After much time threatening to begin writing fiction (concurrent with early dabbling in acting, and later involvement in radio), he is finally doing so, and is thus pleased to have finally begun reading with the WGP in this cycle—since the shadow of Joyce looms large over his efforts.

Claudia’s Irish ancestors came to the U.S. in 1872 (!). A theatre buff, Francophile, and James Joyce fan, she joined the Wild Geese in 2008. After a career writing, producing, and directing corporate videos, multimedia, and print, she taught college courses in business and technology. Since moving to Seattle in 2003, she works as a technical trainer, training developer, writer and editor.

Mark Gunning, was born and reared in Dublin (more than half a century ago) and has lived in the US for two decades, moving to Washington in 2004. He studied Medicine in Trinity College Dublin, and researched and practiced nephrology in Boston and New Mexico before coming to the Northwest. 2008 will be his first reading with the Wild Geese.

Wendy Joseph has spent thirty years in theatre, having first directed The Merchant of Venice in college. She is an author of fiction and non-fiction, and a published and award-winning poet. Her plays Gargoyles, Booking Hold, The Hamlet Interview and Oil in the Sound have been produced in Seattle. She has played the Nurse, the Chorus and the Prince in Romeo and Juliet, appeared in the movie Singles, and played Garryowen the Dog and Gertie MacDowell in the Wild Geese Players’ previous Ulysses readings. She holds Masters degrees in English from UCLA (Thesis: Yeats and the Ancient Irish Poets) and the UW, where she studied Joyce’s Ulysses with renowned Celtic scholar Hazard Adams. She has crewed the tall ship Lady Washington, the Virginia V, a WWII freighter, and cargo ships the world over, from the Strait of Gibraltar to Singapore. In 2006, she won First Prize at the Seattle Maritime Festival’s “Songs and Stories of the Sea” contest.

Mary Kelly hails from Cork City, Ireland, and has been living in Seattle since 1989. She is a presenter of the popular Celtic music radio program “Sunday’s Hornpipe” which broadcasts from the Bellevue Community College station KBCS 91.3 fm. Her interests include set-dancing, choral singing and travel. She works as an administrative coordinator for the Dean of the College of Science and Engineering at Seattle University.

Bill joined the Wild Geese in the 2006 season, and is directing the 2008 reading of Oxen of the Sun. Bill was raised on the east coast, but has lived in the Montlake neighborhood of Seattle with his wife, Pat, since 1980. He has recently retired from the technology business, and is concentrating his efforts on photography and travel.

Joe Martin has served the low-income and homeless community of downtown Seattle since 1977. Much of that time has been spent at the Pike Market Clinic of which he is a founder. He has advocated politically for the needs of the poor and marginalized, particularly in the area of housing. For over twenty years, Joe has performed Irish music at pubs, weddings, and other venues as a member of Claypipe. He is married to Martha Rowland and is the father of John Patrick, 17, and Brendan Thomas, 15. 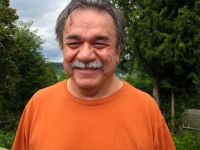 Leon Mattigosh has been performing and studying performance in Seattle for 30 years. He is a member of the Red Earth Performing Arts theater group. Leon’s most memorable roles have been in Susan Simpson’s MOLINE and Bruce Miller’s northwest native creation epic CHANGER. most recently, Leon was seen in Lucia Neare’s LULLABY CARRIAGE and as a member of Seattle Novyi Theater’s year long repertory of Chekhov’s THE SEAGULL and UNCLE VANYA. Leon is an enrolled member of the Lac Du Flambeau Band of Lake Superior Chippewa Indians. Leon is confident that having taken part in a reading of Joyce’s ULYSSES, he will go straight to hell.

Scott McKinstry is a graduate of the Central School of Speech and Drama in London. In addition to performing with his own Shakespeare company, The Mirror Players in Colorado, he has acted with The Denver Center Theatre Company, Studio Arena, Germinal Stage, and the Royal Shakespeare Company. 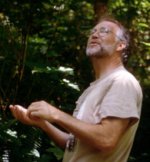 Ciaran O’Mahony came to Seattle from Kinsale in Co. Cork, from where after the battle in 1601, the original Flight of the Earls set out! He is currently a doctoral student at the University of Washington College of Education, from where he wishes to learn Americans how to speak English with the proper Cork intonation. He is convinced that if Joyce was deaf and Beethoven blind, the world would be easier to understand today.

Kieran D. O’Malley is the founder and former Artistic Director of the Wild Geese Players of Seattle. He was born in Belfast where his parents Mary and Pearse founded the Lyric Players Theatre in 1951. He entered drama school at age 7 years and has never looked back! His first theatrical brush with Joyce was over 40 years ago when he watched his mother and Denis Johnson direct The Voice of Shem (Mary Manning’s adaptation of Finnegan’s Wake). He is a member of the Literary Managers and Dramaturges of the Americas.

He is back working in Belfast since 2006 and is a consultant in adolesent Psychiatry working with the youth of Belfast ( that would ‘do yer head in’!!). He has also re-connected with the Lyric theatre and is now in the process of a new building to house 2 theatres, 400 seat and 100 seat!

Lyndol Pullen was born in Idaho and lived in Seattle for many years. He was a retired printer and an enthusiastic musical arranger and pianist. Lyn died in 2015. 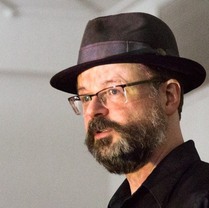 George V. Reilly grew up in Dublin and moved to Seattle in 1992. He has degrees in Computer Science from Trinity College Dublin and Brown University, and works as a software developer. He first tried—-and failed—-to read Ulysses on the centenary of Joyce’s birth in 1982. He joined the Players in 2003. George is married to Emma Bartholomew

George is the dramaturg, the webmaster, and the occasional director of the Wild Geese.

Joseph grew up in Dublin and moved to Nenagh in Tipperary for high school. He attended University College in Dublin and later emigrated to Edmonton in 1981. While in Canada he was a member of the original Wild Geese with Kieran O’Malley where he supported front of house operations and played rugby with the ‘Geese. After a five year return to Wexford he emigrated again, this time to Seattle in 1998. Eventually he caught up with the Wild Geese and Kieran O’Malley and attended several of the annual Ulysses’ readings before he was roped in for reading in 2008. He has really enjoyed reading several parts including Lenehan and Bloom a couple of times. Joseph, an engineer, has no other thespian experience and sincerely hopes it does not show too much!